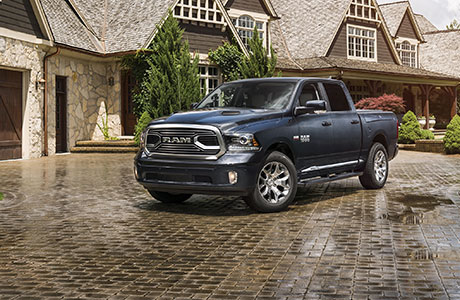 Debuting for the 2014 model year, the EcoDiesel became the first diesel engine offered in a 1/2 ton pickup since GM ceased to offer their 6.5L Turbodiesel in Chevrolet Silverado and GMC Sierra 1500 models. Upon announcement, FCA immediately received ridicule for passing on the [then] recently developed 5.0L V-8 from Cummins - the consequences of this decision will never be known. What is known is that the EcoDiesel's 29 mpg fuel economy rating, reasonable upgrade price, and respectable power rating has placed considerable pressure on their competitors.

The EcoDiesel produces 240 horsepower and 420 lb-ft of torque at full load; the engine has been relatively untouched since its inception, though fuel economy was improved by 1 mpg for the 2016 model year when a high efficiency version of the EcoDiesel, dubbed the "HFE", was introduced. EcoDiesel engines are produced by Italian manufacturer VM Motori, whom Fiat Chrysler Automobiles fully acquired shortly before bringing the EcoDiesel to market.

For 2018, EcoDiesel equipped Ram 1500 models are rated to tow a maximum 9,240 lb and carry up to 1,600 lbs of payload, falling short of the 2018 Power Stroke equipped F-150's 11,400 lb towing capacity and 2,020 lb payload rating. The EcoDiesel isn't used to competition in the diesel segment as it's been the only offering (excluding the misguided Titan XD platform) in the 1/2 ton marketplace since its introduction, but only time will tell which powertrain combination attracts more customers from here on. 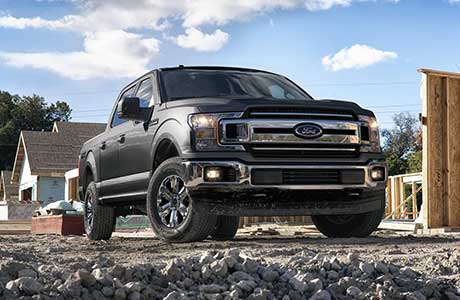 A diesel version of the Ford F-150 is not a new concept. In fact, Ford, like other manufacturers, taunted buyers with several potential diesel options many years ago. While none of the aforementioned diesel platforms materialized for the F-150, Ford fans can rejoice nonetheless - the 3.0L Power Stroke is on the horizon. Available the Spring of 2018, details of Ford's new 3.0L Power Stroke finally started trickling out in early January 2018.

The engine produces 250 peak horsepower and 440 lb-ft of peak torque, which matches closely with the 3.0L Lions diesel from which the Power Stroke is based on. While these figures marginally surpass Ram's EcoDiesel, the difference hardly suggests that the one will outperform the other under real-world conditions. Ford is also projected to outshine the Ram 1500 in terms of fuel economy. However, if the outcome of the EPA's test is in Ford favor, the Power Stroke will yield a mere 1 mpg advantage over the Ram.

Both the EcoDiesel and Power Stroke utilize weight saving CGI engine blocks and aluminum cylinder heads. Ford has rated the F-150 to tow substantially more than the EcoDiesel equipped Ram 1500 (11,400 vs 9,240 lbs), which may play a pivotal role in the F-150's popularity over the Ram considering the pool of buyers who desire fuel economy Monday through Friday and weekend towing confidence is relatively large. Only time will tell if the new F-150 will live up to years worth of heightening expectations.