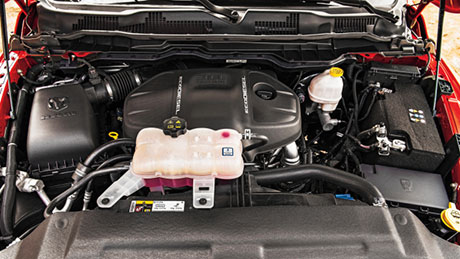 Introduced with an EPA rated maximum 28 mpg, FCA has since bumped the EcoDiesel's maximum mpg to 29 on the highway with the addition of the "HFE" variant. At only 3 liters of displacement, the EcoDiesel produces reasonable power and torque considering its size handicap. Like the majority of diesels, the engine utilizes a relatively small bore and lengthy stroke to favor big torque at low engine speeds. 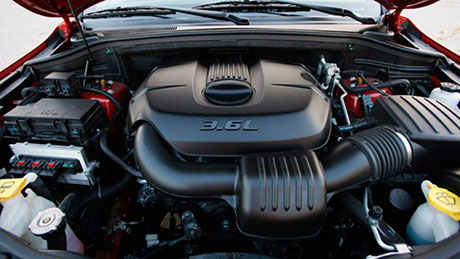 Chrysler's Pentastar had been the fuel miser of the pickup segment - until the EcoDiesel came along. Rated as high as 17 mpg in the city and 25 mpg on the highway, the 3.6L V-6 has always offered impressive fuel economy in the fullsize pickup category. At over 7,500 lbs, the max tow rating of the Pentastar equipped Ram 1500 is plenty for casual pickup owners.

The latest versions of the Pentastar equipped Ram 1500 utilize an 8 speed automatic transmission, though with a lighter capacity than that found behind the EcoDiesel. The engine's relatively large bore, short stroke, and high compression ratio all contribute to its efficiency. With the introduction of the EcoDiesel, however, is there still room for the gas burning V-6? Not everyone is willing and able to shell out big dollars for the diesel upgrade, and seeing as the Pentastar's ratings are enough for the average individual the engine continues to sell in lieu of the more powerful, more efficient, more capable EcoDiesel's availability.