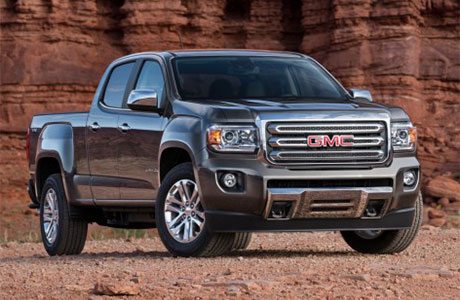 65% less power, 39% more torque, 13% greater tow capacity, and up to 29% greater fuel efficiency - that's how the 2016 Chevrolet Colorado and GMC Canyon stack up against the midsize pickup category's long standing leader, the Toyota Tacoma. The weight difference between the two pickup platforms is relatively small, with the Canyon and Colorado weighing in within a couple hundred pounds of a comparable Tacoma. Weight, however, is not a necessarily a disadvantage to the Colorado and Canyon, as GM's 2.8L Duramax ousts the Tacoma in both city and highway fuel economy by a substantial margin.

With the ability to tow up to 7,700 lbs and achieve up to 31 mpg on the highway, the Colorado and Canyon are more than enough truck for most 1/2 ton pickup owners. With up to an EPA rated 22 mpg in heavy city driving, the Colorado and Canyon's fuel economy is unmatched. In fact, the only other pickup that exhibits such fuel efficiency is Ram's fullsize EcoDiesel equipped Ram 1500 models, which is rated up to 29 mpg on the highway.

GM's midsize pickup platform was blessed with the introduction of a 170 cubic inch, 4 cylinder inline diesel for the 2016 model year. In addition to outstanding fuel economy potential, the engine's 369 lb-ft of torque under full load contribute to impressive capability for such a small package. While the Tacoma continues to lead the midsize market in sales volume, you can expect the only diesel option within the category to continue to grow in popularity. 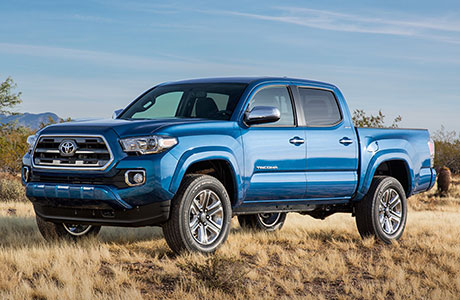 The Toyota Tacoma is inarguably the model to beat in the midsize pickup segment, continuously dominating the category in total sales volume. For June of 2016, for example, Toyota reportedly sold 15,809 Tacomas compared to 9,049 Colorado and a mere 3,398 Canyon models. Even combined, General Motors midsize pickups trailed Toyota by 21% for the month of June. While GM's Colorado and Canyon have garnered praise, the Tacoma remains the category's frontrunner in sales.

Relatively new to the Tacoma lineup is Toyota's 3.5L Atkinson cycle V-6. The Atkinson cycle is unique in that it exchanges power density for fuel efficiency - the result of which is greater fuel economy at the expense of maximum power potential. This is accomplished by effectively reducing the length of an intake stroke while maintaining a long stroke length during a power stroke. Doing so reduces the volume of the air/fuel charge in the cylinder during the compression stroke, but utilizes a long power stroke to extract as much energy from combustion as possible. In order to maximize performance and offset inherently lower power density, Toyota's 3.5L V-6 utilizes direct injection and a relatively high 11.8 to 1 compression ratio.

The Tacoma is an impressive, versatile package with a great overall value - as it has been for years. However, it does not hold a candle to GM's new powerplant with respect to maximum capability and fuel economy. While the Tacoma remains the category's leader, they certainly face stiffer competition than ever before.