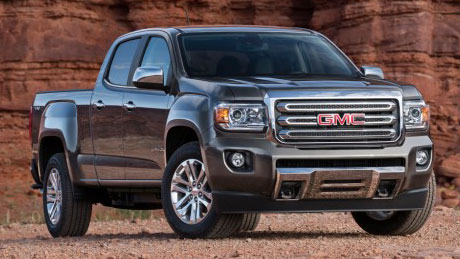 The Duramax equipped GMC Canyon and Chevrolet Colorado pickups don't just hold the title for Best-in-class fuel economy; they carry the title of most fuel efficient for any pickup available in any class. With an EPA rated 31 mpg on the highway for two wheel drive models and 29 mpg highway mileage for four wheel drive trucks, GM's midsize twins are on the clear path to victory. GM's primary competition is the segment's leader in sales, the Toyota Tacoma.

However, the Colorado/Canyon platform just may attract buyers eying Ram's cherished 29 mpg EcoDiesel. After all, not everyone needs a fullsize pickup, and the Canyon/Colorado's 7,700 lbs max tow rating, 1,500 lbs payload capacity is more than enough for a multitude of potential truck buyers. Then again, the EcoDiesel equipped Ram 1500 is holding its own in the 1/2 ton segment; but Toyota may be getting nervous over GM's latest development. 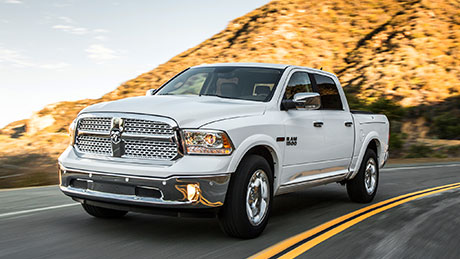 FCA's EcoDiesel became the first diesel to reach the 1/2 ton segment in more than a decade. Launched with a peak 28 mpg highway fuel economy rating, a more efficient variation of the 182 cid VM Motori turbodiesel added 1 mpg to both the two and four wheel drive pickup's ratings. Save for the confused, less efficient Nissan Titan XD, the EcoDiesel faces no direct competition in terms of diesel engine options in the 1/2 ton market.

With 420 lb-ft of torque and the ability to tow just North of 9,000 lbs, the EcoDiesel is plenty of truck for the average pickup owner and eliminates, for many, the need to step up to a 3/4 ton to take advantage of a diesel's favorable characteristics. While the GMC Canyon and Chevrolet Colorado pickups also feature impressive towing and payload characteristics, the Ram 1500 maintains the option to 5th wheel/gooseneck tow - a task you're highly unlikely to attempt with a midsize pickup. In addition, it may just be a matter of time until Ram pushes the EcoDiesel even further and intrudes on GM's maximum 31 mpg rating.