[1] All 2003 and early build 2004 models with ICP located beneath the turbocharger through the HPOP cover.
[2] Late 2004 and up models with ICP located through the passenger side valve cover.
[3] Faulty connectors can emulate the symtoms of a bad ICP sensor; for good measure, we always recommend replacing the connector when replacing the ICP sensor.
[4] Only necessary if IPR valve is found to be leaking and requires service (the IPR valve is located next to the ICP sensor on 2003 and early 2004 models)

The ICP sensor reading is used, amongst other things, to control the position of the IPR valve, which regulates the pressure of engine oil in the high pressure system. As the system's watchdog, ICP is monitored and compared to a desired value for a particular set or combination of operating parameters (engine load, speed, etc). The IPR valve is than commanded open/closed as necessary to chase the desired ICP value.

Symptoms of a faulty or failed ICP sensor typically include:

Diagnosing an ICP sensor is not terribly difficult with the correct tools, but it is important to recall that the ICP sensor is just one part of a complex system; just because an ICP reading is low, high, or abnormal, does not necessarily mean that the ICP sensor is the problem. An IPR valve fault, weak HPOP, or even severe internal leak in the high pressure oil circuit can also cause an abnormal or low pressure condition, setting a DTC relating to injection control pressure.

Keep in mind ICP sensor DTCs are set if at any moment there is an abnormality. If an engine runs flawlessly but a DTC is set, clear the code and see if it returns. It is not uncommon for an occasional fluke condition to set a DTC, but if the DTC is continuously set the problem should be addressed. 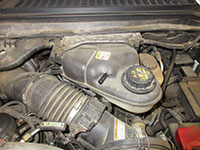 • Drain approximately 3 gallons of engine coolant from the radiator into clean containers so that it can be reused. The drain valve is located on the bottom of the radiator on the driver side. 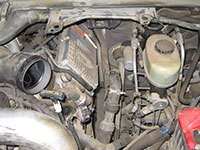 • Remove the (2) bolts securing the degas tank with an 8 mm socket, then remove the tank and set aside.

• Remove the intake tubing from the turbocharger inlet to the air filter. 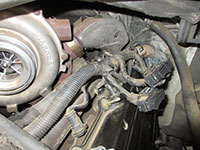 • Remove the ground from the rearmost intake manifold stud on the driver side (small o-ring terminal).

• Remove each fuel injector connector on the driver side bank (push metal clip into connector then pull up, or remove the metal clip altogether and pull up). 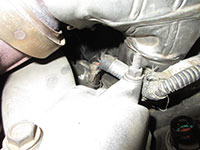 • Reach under the turbocharger up-pipe collector and unplug the IPR valve and ICP sensor connectors.

• Pull the entire driver side electrical harness toward the front of the engine out of the way. There may be several locations where the connector attaches to the valve cover using small snap clips. 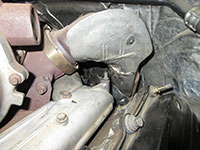 • Remove the rearmost intake manifold bolt with a 10 mm deep socket (where ground terminal was previously connected). This will make it significantly easier to reach the ICP sensor. 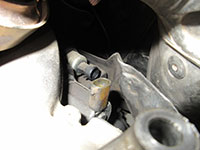 • Locate the ICP sensor below the turbocharger up-pipe collector.

• Remove the ICP sensor with a 27 mm deep socket.

Note - access is limited; you may wish to remove the IPR valve to make room to reach the ICP sensor. If the IPR is removed, use service kit Ford 3C3Z-9H529-A to replace the IPR valve o-rings and mesh screen before reinstalling. 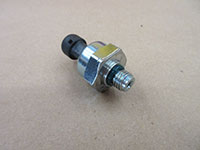 • Lubricate the o-ring on the new ICP sensor with clean engine oil. Install the ICP sensor in reverse order. Torque sensor to 106 in-lbs.

• See ICP sensor connector replacement below; we highly recommend replacing the connector when the sensor is replaced.

• If removed, torque IPR valve to 37 ft-lbs and rear intake manifold to 96 in-lbs. 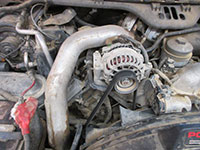 • Locate the ICP sensor on the passenger side valve cover just above the glow plug controller connectors.

• Disconnect the hot side intercooler tube from the turbocharger compressor outlet and position it out of the way so that the ICP sensor can be readily accessed. 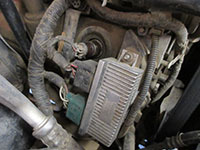 • Inspect the condition of the ICP sensor connector. If connector condition is acceptable, clean it with an appropriate connector cleaner (recommend CRC QD electronic cleaner). Do not attempt to clean the sensor with a harsh solvent such as brake cleaner, as it will damage the connector shell and seal. If the connector is damaged, the terminals are loose, or it is otherwise degrading from oil/heat exposure, a new connector pigtail should be spliced in place; see instructions in section below. 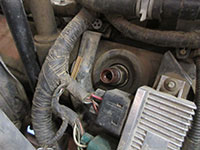 • Remove the ICP sensor with a 27 mm deep socket. 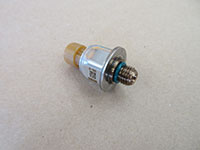 • Lubricate the o-ring on the replacement ICP sensor with clean engine oil. 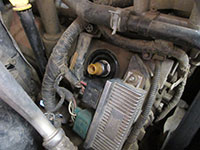 Replacing the ICP connector is almost always recommended on 2003 and early 2004 6.0L Power Strokes when the ICP sensor is replaced because the harness tends to get baked by the turbocharger and up-pipe collector, both of which generate a tremendous amount of heat. This, combined with the oil that often soaks the connector when an ICP sensor leaks, rapidly degrades the connector and compromises its integrity. Connector failures are less common on 2004 to 2007 model year engines where the sensor is located through the passenger side valve cover. However, the connector should always be inspected and replaced as necessary. It is not uncommon for ICP faults to be caused by a bad connector and not the sensor itself. The connector pigtail and splice kit is Ford p/n 5C3Z-12224-A. 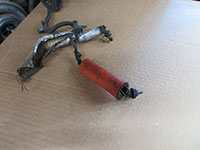 • Begin by removing the factory wire loom and insulating sleeve(s) to expose the wires. Any damaged wire loom should be removed from the harness and replaced as necessary. 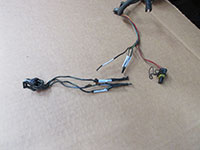 • The replacement pigtail wires are not color coded to the factory wiring harness. Therefore, you will need to mark/number the wires prior to splicing so that they can be matched accordingly. Here, we've numbered the wires on either side of the splice before cutting.

Note - do not trim the factory harness more than necessary; use pigtail length as a guide. Since this connector is often replaced more than once, you may wish to trim the pigtail and cut less out of the wiring harness.

• Using the features of the old connector (it is a 3 wire non-symmetrical connector), match the appropriate wires on the replacement pigtails with the numbered harness wires.

• Slide heat shrink tubing over the pigtail leads, then crimp the new connector to the harness. Double and triple check that the wires are being crimped correctly.

• Slide the heat shrink tubing over the butt splices and activate with a heat gun to create a secure connection. 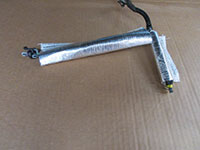 • Replace the wire loom, sleeving, and heat shielding as necessary. 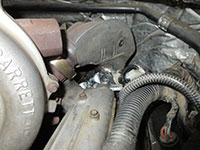 • Reinstall the ICP sensor and IPR valve connectors and ensure the harness is not touching the turbocharger up-pipe connector.