GM recommends a 15W-40 viscosity grade engine oil in all instances that the ambient temperature remains greater than 0° F. If the ambient temperature is below 0° F, a 5W-40 engine oil is required to maximize protection during cold starts and the engine warm-up period. Although 10W-30 engine oil is listed as acceptable in the 2001 to 2007 Duramax diesel supplements, it comes with no recommendations; it is acceptable in applicable model years, but not preferred in any instance. We highly recommend a quality synthetic engine oil, which provides greater resilience against oxidation, contamination (including fuel dilution and soot infiltration), and thermal breakdown in addition to superior flow characteristics and engine protection in sub-zero temperatures. Moreover, synthetic lubricants can significantly reduce fuel dilution and oil consumption rates, even in high mileage engines.

2001 to 2007 model year engines require an API CI-4 or CH-4 engine oil, while later 2007.5 and newer engines require a API CJ-4 or CK-4 engine oil. All engines equipped with a diesel particulate filter (DPF) require a low ash engine oil meeting API CJ-4 or CK-4 specifications. Failure to use such lubricants will result in ash build-up in the DPF and a potentially expensive repair bill. Note that CJ-4 and CK-4 oil categories are backwards compatible, thus they supersede the old CI-4 and CH-4 specifications. Most modern diesel oils from popular brands will be listed as API CJ-4 or CK-4 compatible.

Amsoil is a leading manufacturer of synthetic oils and lubricants, including a line of engine oils engineered to meet the stringent demands specific to diesel engines. 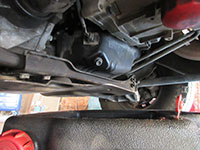 • If applicable, place a shop rag between the oil pan and skid pan to prevent spillage; engine oil will have a tendency to pool here and run off one of the corners, evading your drain pan. 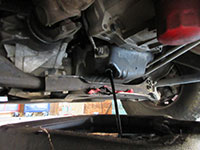 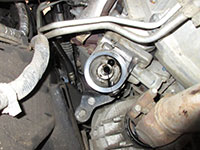 • Locate the oil filter on the driver side of the engine (above the front driveshaft on 4 wheel drive vehicles).

• Remove the oil filter by unthreading it from the oil filter base. If the filter is stubborn, use an oil filter wrench or wrap a piece of sandpaper around the circumference to prevent your hand from slipping.

• Once removed, verify that the oil filter gasket did not stick to the base and thoroughly clean the mounting surface with a clean, lint free cloth or shop rag.

• Verify that the engine oil has drained completely from the oil pan.

• Inspect the oil pan drain plug for wear or damage, paying close attention to the gasket/o-ring. If damaged or otherwise compromised, replace the drain plug. 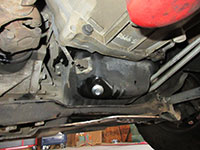 • Reinstall the engine oil pan drain plug and torque to the applicable specification outlined in the section above.

• Clean any residual oil around the drain plug so that leaks can be easily detected. 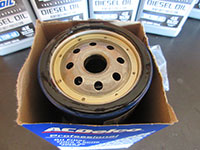 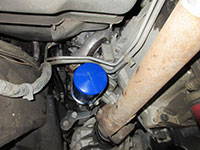 • Install the new oil filter snug by hand; do not attempt to tighten the filter with tools. 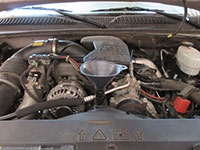 • Add 10 quarts of new engine oil through the oil fill tube located at the front, center of the engine compartment.

• Verify the oil level using the engine oil dipstick located on the passenger side of the engine (in front of the fuel filter housing).

• Start the engine and check for leaks around the oil pan drain plug and oil filter housing.